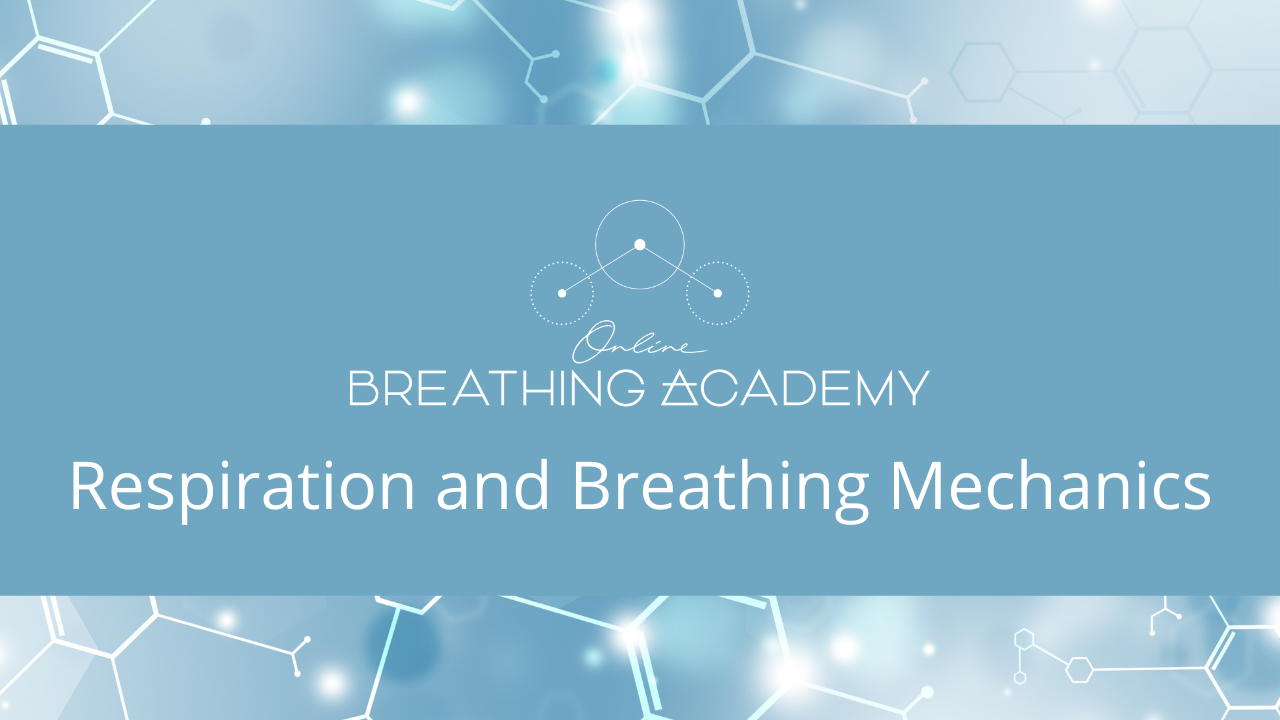 Respiration can be subdivided into three phases: external, internal, and cellular. External respiration is about breathing mechanics, moving air in and out of the lungs, e.g., slow/fast, deep/shallow, mouth/nose, diaphragmatic/chest, rhythmic/dysrhythmic, exhale completed/not completed, and so on. Internal respiration is about oxygen distribution to tissues, carbon dioxide management, and acid-base regulation (pH and electrolyte balance) of extracellular body fluids (e.g., blood plasma). Cellular respiration is about creating ATP molecules (adenosine triphosphate) in the mitochondria of cells, which are then broken down by cells for energy. Carbon dioxide generated during cellular respiration is a precious gas that ultimately makes possible moment to moment acid-base regulation (as will be seen).

Breathing and respiration are not the same phenomenon. Respiration is a subset of breathing. Besides providing for respiration, breathing serves us in many and diverse ways.

Breathing is behavioral. It serves us in powerful and unsuspecting ways. Breathing habits, good and bad, are learned unconsciously, and sometimes consciously, for self-regulating emotions, cognitions, personality, coping styles, physiology, health, performance, and consciousness. This is to say that breathing is psychological in the sense that experience sets the stage for its reconfiguration. Embedded in this reconfiguration is a personal history that regulates breathing based on the principles of learning, perception, motivation, reinforcement (benefits), attention, and memory. The richness of the psychology of breathing provides for both its far-reaching benefits and for its, all too frequent, profoundly debilitating effects (e.g., 60% of USA ambulance runs).

Respiration is reflexive. External respiration is about the regulation of breathing mechanics by brainstem reflex mechanisms governed by moment to moment changes in respiratory chemistry, that is, changes in extracellular pH, oxygen concentration (PO2), and carbon dioxide concentration (PCO2). Although breathing mechanics continuously shift as a function of being bored or excited, stressed or relaxed, upset or pleased, and meditative or physically challenged respiration generally remains within an optimal respiratory envelope. Unless an unconscious habit or intentional manipulation gets in the way, respiratory requirements will dictate the coordination of breathing mechanics in the context of other interacting behaviors, e.g., eating and talking. It would, of course, make little sense that breathing could serve respiration only when one is relaxed or in a positive space; if so, given what daily life is usually about, respiration would be compromised most of the time.

Practitioners from diverse disciplines and perspectives focus on manipulation of breathing for achieving beneficial outcomes, that is, self-interventions that involve “doing the breathing” in prescribed ways. Unfortunately, however, one of the outcomes of prescriptive breathing is not infrequently deregulated respiration, and unfortunately even the acquisition of dysfunctional habits where both practitioners and clients misunderstand and misinterpret the associated physical and mental changes.

Healthy breathing provides for self-regulation of mechanics in the service of chemistry, except where respiratory chemistry is intentionally manipulated for reasons such as identifying dysfunctional habits and exploring their effects, or for personal and therapeutic consciousness explorations (e.g., holotropic breathing). Self-regulatory breathing means “allowing the breathing” while simultaneously breathing for meeting other objectives, e.g., talking, meditating, relaxing, exploring.

Calling all Personal Trainers, Wellness Coaches, and Health Professionals who want to Learn for yourself just how powerful breathing can be for your clients success.

Check out the new Breathing Science Course that will teach you everything you need to know and how to get started with your clients immediately.

Gain a professional edge with these life changing skills and create better health and wellness on this planet that we share together!

We'll keep you posted on new courses, live sessions, and the latest news!

We won't share your details or send you irrelevant information. Unsubscribe at any time. 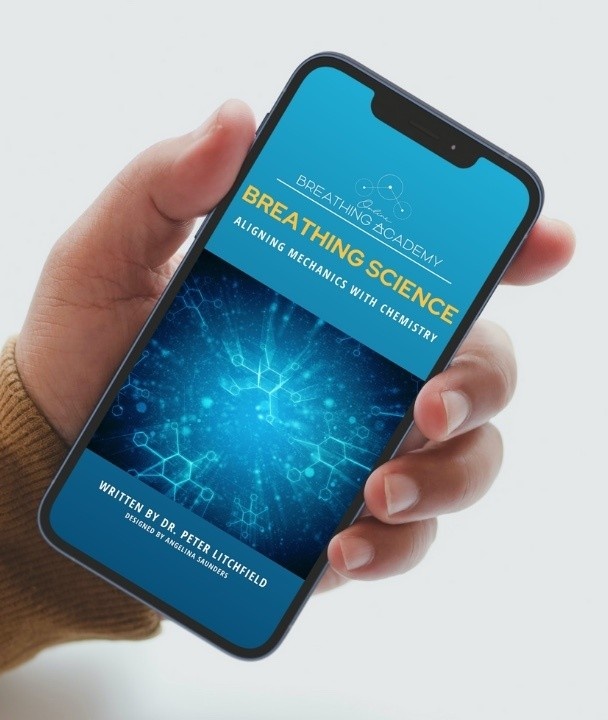